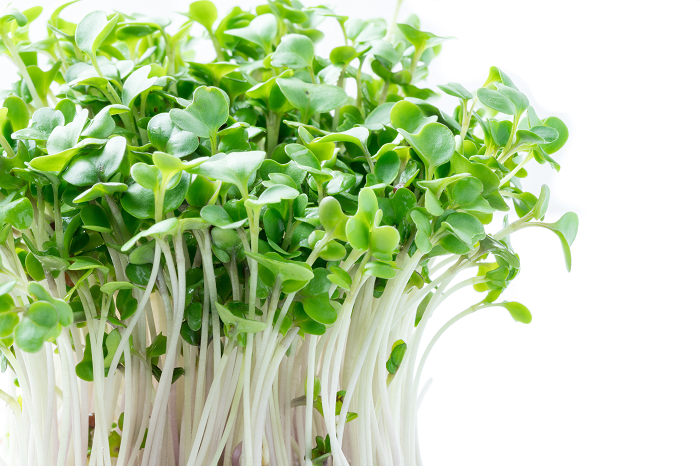 In Part 1 of this blog series, I discussed the benefits of sulforaphane in the treatment of neurological and neuropsychiatric conditions, including autism, traumatic brain injury, neurodegenerative diseases, depression, and anxiety.

In Part 2, I cover the effects of sulforaphane on detoxification, pathogenic bacteria, and the immune system.

The plethora of environmental toxins to which we are exposed daily means we could all use some extra assistance with detoxification! Fortunately, broccoli sprouts and sulforaphane can help. Sulforaphane induces phase 2 liver detoxification, the stage of liver detox that converts toxic metabolites into less-toxic compounds, which are then excreted by the body. It dramatically increases glutathione, the body’s master antioxidant and detoxifier, and promotes the rapid and sustained detoxification of environmental pollutants, such as benzene and acrolein. Finally, sulforaphane also decreases the liver enzymes ALT, ALP, and gamma-GTP, indicating that it reduces stress on the liver and restores healthy liver function.

Sulforaphane has antimicrobial effects against a wide range of human pathogens. It inhibits the growth of both normal and antibiotic-resistant strains of Helicobacter pylori, a bacterium that infects the stomach and contributes to the development of peptic ulcers. Sulforaphane also eradicates E. coli, another gastrointestinal pathogen; Pseudomonas aeruginosa, a nosocomial pathogen found in hospitals; and Staphylococcus aureus, a bacterium implicated in a vast range of illnesses such as skin infections, pneumonia, and toxic shock syndrome. (6) The antimicrobial effects of sulforaphane appear to be related to its inhibitory effects on bacterial signaling, referred to as “quorum sensing;” essentially, it prevents bacteria from communicating with each other and altering their gene expression so that they can no longer evade the host immune system.

Currently, 50 million Americans suffer from an autoimmune disease. Unfortunately, the conventional treatments for autoimmune (AI) diseases are primarily palliative and limited to drugs and surgery. There is a pressing need for novel treatments that correct the underlying causes of AI disease. Excitingly, sulforaphane has demonstrated promising effects in the alleviation of autoimmunity! It suppresses pro-inflammatory cytokines and autoreactive immune cells that precipitate autoimmune attacks. While clinical trials in humans are lacking, this research suggests that sulforaphane beneficially alters the autoimmune disease process, making broccoli sprouts one food I would recommend to just about anyone with an autoimmune disease!

Sulforaphane doesn’t just alleviate autoimmunity; it also strengthens the immune system, when necessary. Research indicates that sulforaphane stimulates the activity of natural killer cells to clear the body of the influenza virus. It also boosts T helper 1 immunity and reverses the decrease in immunity that occurs with aging.